Harry Potter Page to Screen: Revised and Expanded now has more pages devoted to the legacy of the Harry Potter films.  In addition to the complete history of all eight Harry Potter films, the book now explores the theme parks in Florida, California and Japan, the sets and props in Leavesden, England and the House of MinaLima, founded by the graphic designers on all of the films, and located in London. With 1200 photographs, sketches, and diagrams, the book  provides unbridled access to every aspect of the film-making process. It tells the stories behind each individual film and covers the design and technology behind all the astounding effects. This book pays homage to how one film became eight, how a few months became a decade, and how one author’s fantasy became the project of many individuals’ lifetimes-told by the people who were there, the people who made the magic real. Harry Potter Page to Screen: Revised and Expanded will start from the very beginning, describing how the book was optioned, the casting of Harry, Ron and Hermione, and the assembling of a creative team with the vision to tackle a world we had previously seen only in our imaginations. Interviews, quotes, and stories from the directors, producers, screenwriters, and actors discuss the making of all eight films at length, including the last film, film number 8, Harry Potter and the Deathly Hallows, Part 2. Daniel Radcliffe and his personal narrative from set to set is used as the life line that connects all aspects of this memoir, giving structure to the many voices of the Harry Potter family who orate this tale. All of the movies were filmed at the Leavesden Studio in Hertfordshire, England and these pages describe how the Leavesden family dealt with numerous cast, crew, and production dramas, replacements, technical difficulties and countless narrative and visual decisions. This book will touch on subjects such as J.K. Rowling’s private comments to her young cast, the impact of Richard Harris’ (the original Dumbledore) death on the cast and crew, the effects of 9/11 on the Leavesden family (during the filming of Harry Potter and the Chamber of Secrets), the reality of "growing up Potter" for the young starlets who experienced their adolescence on a hugely public stage, and reflections from the cast and crew on the end of the film series. In addition to stories on and off set, Harry Potter Page to Screen: Revised and Expanded pays tribute to the stunning physical, visual and technological genius that went into making an unbelievable story believable, showcasing more than a decade’s worth of art and special effects, including never-before-seen photos of the costumes, sets, props, and creatures, as well as early concept art, drawings and designs. The book is fully supported by Warner Bros. and is being put together with the same group as Harry Potter Film Wizardry: The Updated Edition. While Film Wizardry provided a whimsical and informative scrapbook for Harry Potter fans and was published prior to the release of the last film, this mammoth book gives readers a more complete account of the entire film-making process, designed in a more classical, sophisticated package. Harry Potter Page to Screen: Revised and Expanded is a publishing event. This book is the Bible for everything Potter and will stand as the most complete and final visual history of the Harry Potter movie story ever to be published. 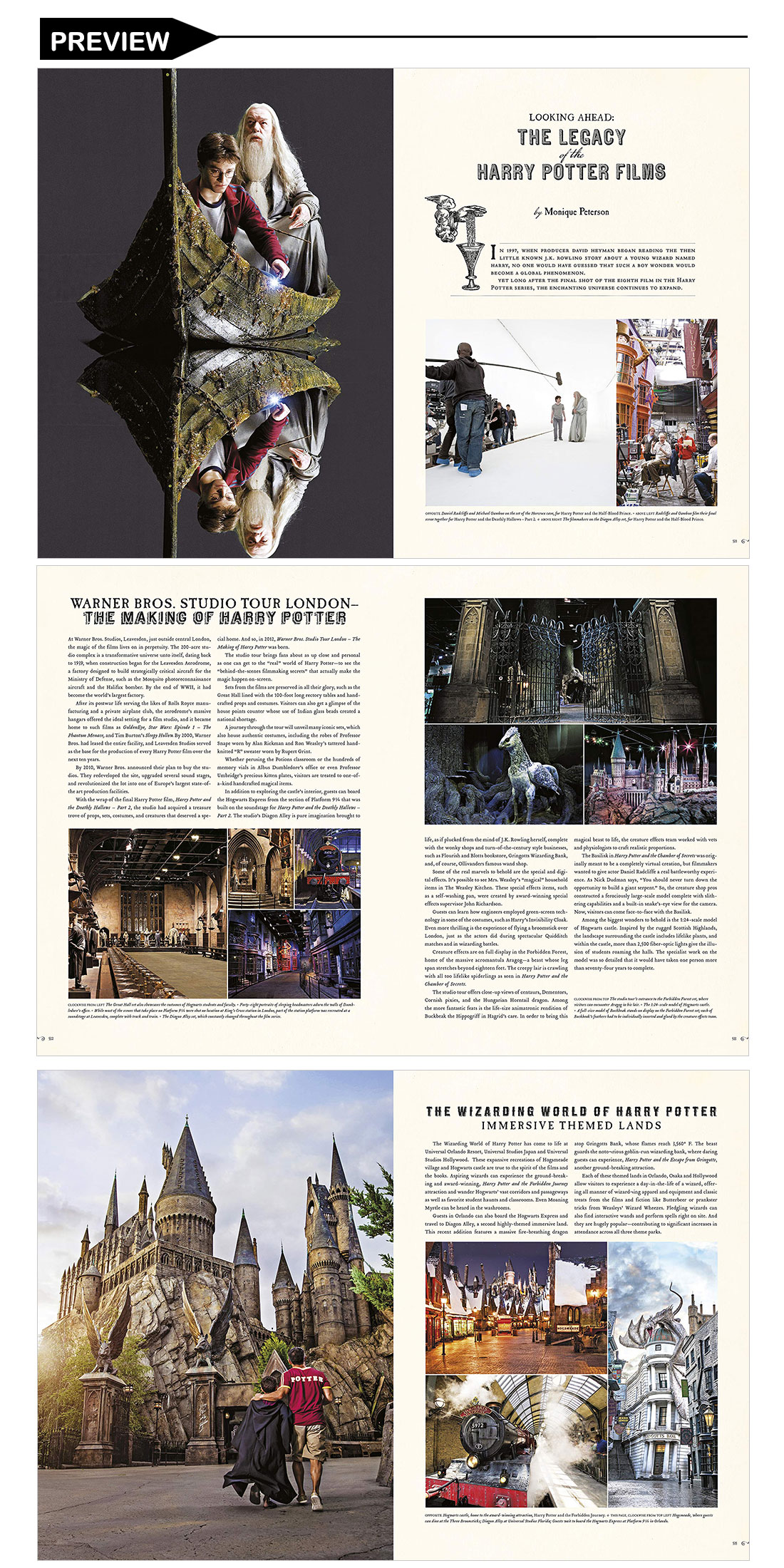